In October this year, for the second year running, Adolescent Success teamed with our sponsors, Latitude Group Travel, to facilitate a five day tour of Finnish schools.  We linked with the Finnish educational learning organisation, Learning Scoop, who provided an exceptional program of background lectures, teacher presentations and classroom visits in and around the beautiful city of Tampere. 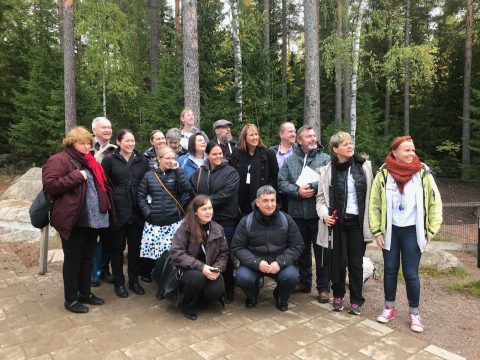 Of the sixteen educators who attended the tour this year, the majority were from schools in the South East corner of Queensland, with participants also from regional Queensland, Melbourne and New Zealand.  The Queensland state system, Catholic, Anglican, Christian Outreach, and Independent Christian schools were represented, with half of the participants in middle or senior leadership positions within their schools.

I was grateful to attend as the representative of Adolescent Success, and wish to thank the Management Committee for granting me this opportunity. I also wish to acknowledge the deep professional insights that were generated through the participants’ exceptional comradery, honesty and good humour. I know we would not have gained as much from this experience without our strength as a cohesive learning team. 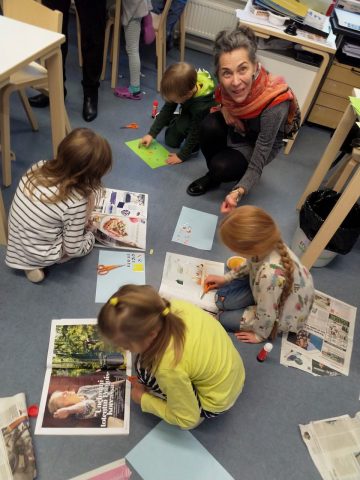 Our group’s key operating principle for the week was ‘seek first to understand, rather than to compare.’ This aligned with the operating principle of Learning Scoop, stated on day one of the tour, which is to open Finnish schools and classrooms for professional learning, without any implication that this is in order to direct others on ways to educate. We were privileged always to speak with honest and forthright educators and to visits classrooms that were never artificially ‘on display’.

It was in this spirit also that the first presentation of the study tour, by Johanna Järvinen-Taubert, focussed on the context of the Finnish education system. Only later in the week did I fully appreciate that this was vital in reinforcing that schools in other countries cannot expect to ‘cut and paste’ policies and processes and expect similar outcomes.  In Finland, as in all places, the educational parts cannot be separated from the societal whole.

As Järvinen-Taubert emphasised, Finland is a remote country with a harsh climate and environment, a distinctive language and a lack of natural resources. It has had a history of existential threats- invasion, colonisation and a bitter civil war. Since World War 2, Finland has had to rapidly develop from a predominantly rural economy to a technologically advanced society. Its proximity to the USSR meant that it had to excel at diplomacy and compromise and, with the collapse of the USSR and an attendant recession in Finland, to prioritise ingenuity and enterprise. Finland is proudly a Nordic welfare state, with high taxation and a commitment to equitable access to all public services. It positions education as a life-long right for all and has the means to harness the talents of its greatest resource – its 5.5 million citizens. 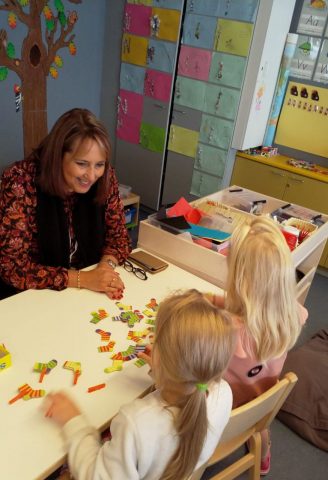 Perhaps not ironically, it was the episodes of threat and challenge that created the education system which sees Finland ranking so successfully on measures such as the Programme for International Student Assessment (PISA) today. In particular, the need to rapidly modernise their economy from the 1950s and then to recalibrate in the 1990s, generated the key educational features that so impressed our group. I would like to discuss these features under three inter-related themes:

Less is More, Nearest is best, Trust and Responsibility.

Less is more
In general, the Finns are a restrained people, polite but private. Fewer words are more carefully considered than in many other cultures. Perhaps because of a ready access to nature (their ‘freedom to roam’ the beautiful forests and lakes), ongoing connections to rural lifestyles, and a cohesive society that provides consistent support from birth to old age, our group noted a calmness in the schools and classrooms we visited. Of course, the students were energetic, playful and active, and teachers were briskly and competently attending to their classes, but what
was noticeable was a lack of wary monitoring and redirection of behaviour.

This was the case for students but, just as surprisingly for Australian and New Zealand educators, for classroom teachers as well. Centralised monitoring of schools through inspections and high stakes testing were abandoned as part of austerity measures in the 1990s and principals in schools neither expect to sight, nor understand the reason to sight, the lesson plans of their staff. Principals consistently expressed to our group that, while they were alert to the issues in their classrooms, they were confident in the professionalism of their teachers and their teachers’ collegial teams. Both students and teachers are subject to less cautious oversight, less redirection and less coddling. 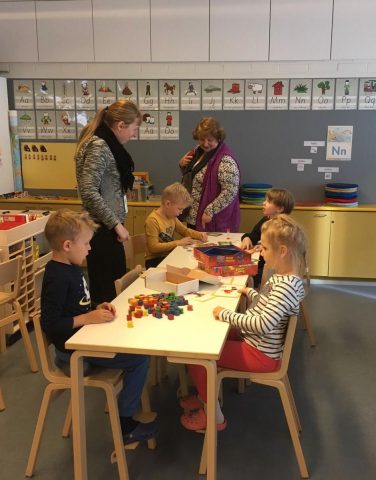 Finns have less schooling than many other developed countries. There is ready access to quality, affordable Early Childhood Education and Care Centres (ECECs), but voluntary preprimary does not commence until the child is 6 years old. This program is four hours per day of predominantly play-based activities, with many of these activities spent outside in adventurous settings, such as the playground or nearby forest, regardless of the weather. This focus on socialisation, risktaking and play as ‘the highest form of research’, to quote Albert Einstein, continues through the compulsory Comprehensive years (from 7 to 16 years old), guided by a formal national curriculum that is renewed each decade but which has seen less political interference, less media polemics and more policy consistency across changes of government than is the experience in Australia and New Zealand.

Students in the Comprehensive years spend fewer hours at school per day, have longer vacations, more frequent breaks outdoors between classes and undertake less homework than do their counterparts in most other OECD countries. They may have fewer changes of teachers throughout their schooling; it is not unusual for teachers to remain with the same cohort of students for five years. Before entering upper secondary school, students in Finland will have undertaken no compulsory high stakes tests and by upper Comprehensive will have been attending classes at varying hours of the school day. By senior secondary, students will be selecting their class timetables and teachers. Students with learning difficulties or disabilities will experience earlier and better resourced support than is the case in many other developed countries. Students who elect a vocational path in their senior schooling will find this choice valued and exceptionally wellresourced. They will have more capacity to study a mix of both general and vocational subjects whilst in senior secondary and, in keeping with the Finnish motto of ‘no dead ends’, they will be encouraged to find articulation from a polytechnic college to a university.

2nd part of the article coming up…

This article was originally published at the Adolescent Success Journal Volume 19 – Number 2 – December 2019, Australian Journal of Middle Years of Schooling. Supported by the New Zealand Association of Intermediate and Middle Schooling. Thank you for collaboration Adolescent Success!