Finland is changing the teaching of languages 1/2

Children learn foreign languages best in their early age: there is a so-called sensitive period for learning different languages during the first years of life. According to different scientific studies this sensitive period lasts from the birth to 6-8 years and starts to diminish around the age of 12 years. This fact has been the starting point for the current language program reform in Finland. 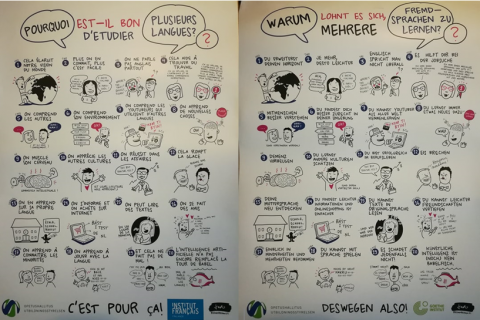 Finnish is a very rare language. It belongs to the Finno-Uralic language family (related to languages like Estonian, Sami, Hungarian and Nenets) and is not spoken outside of Finland. It is fair to say that for the vast majority of citizens of Finland, it is vital to learn foreign languages. 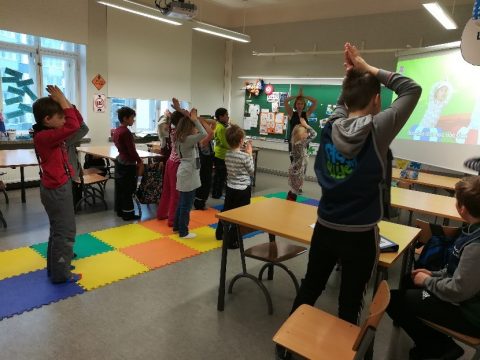 Finland has been acknowledged for its rich language program for years. In addition to Finnish and Swedish, all pupils study at least one foreign language, most commonly English. The first foreign language has previously started on the third grade. Depending on the school and city, one has also been able to choose additional foreign languages on the fourth and / or on the eighth grade. The languages available vary in different cities and municipalities, but e.g. German, French, Russian, Spanish and Chinese / Mandarin can be language options. There are even more options to study foreign languages in Finnish high schools. It is not uncommon for Finnish high school graduates to have studied five or more different languages. 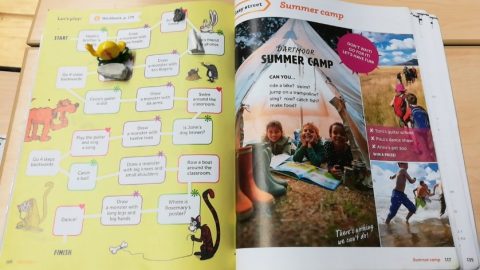 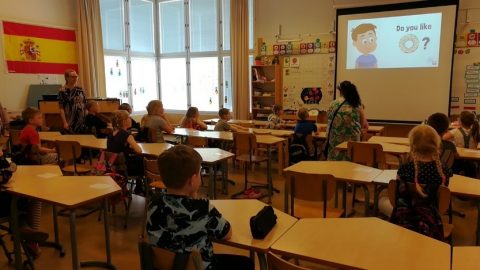 The idea of introduction of different languages in earlier school grades aims to promote language awareness. Language awareness means placing value on linguistic and cultural diversity. Various languages are present constantly and everywhere in class and in school. Making multilingualism visible supports a pupil’s development in a culturally diverse world. Pupils are provided with time and opportunities for learning to interact and practice different languages in varying everyday situations. 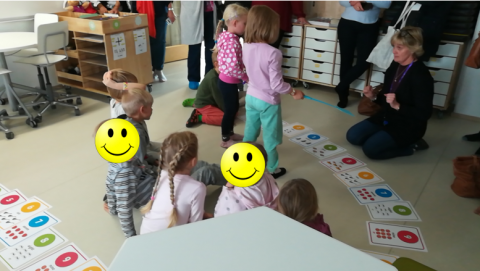 The studying of foreign languages on the first and second grade (at the age of seven and eight years) in Finland is very play-based. There are no textbooks, but children learn the language by singing, playing, through rhymes and games etc. They learn greetings, colours, numbers, family members, animals, foods and other basic vocabulary. The key words of language instruction are play, involvement, learning together and learning by doing. Physical activity is a big part of learning languages. It goes without saying in Finnish educational mindset that this type of instruction doesn’t include tests or exams during the first years.

Foreign languages are taught to young students by either qualified class teachers or specialized language teachers. Like all teachers in basic education, they all have a Master’s degree. Finnish language instruction has a long tradition in teaching grammar and written language. In addition, this current reform in language instruction aims to advance the development of oral skills in practical contexts as well.

And it seems to work well! Young pupils are super enthusiastic and brave to use the foreign languages. The are excited and fearless to use their new skills in new languages. They also live in the more global world, where it is easy to see the need to communicate in different languages.