The Chinese Case in Guangzhou 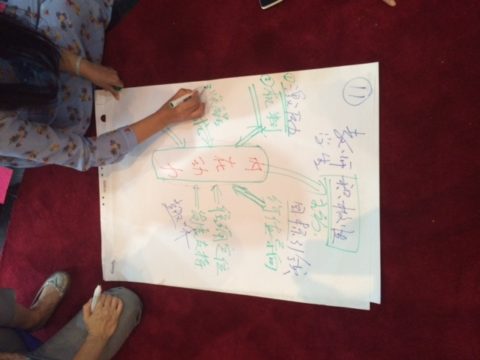 I had a possibility to deliver a principal training in Guangzhou, China, two weeks ago. Training sessions in three different universities were part of principal´s continue studies in Guangzhou area and me and my colleague Reijo Jouttimäki represented Tampere University of Applied Sciences as specialists in principal training. In every three universities we had a one-day training mostly about principal´s role in Finnish basic education and pedagogy and coaching leadership.

The training days were interesting and time flew. We worked from 8.30 am to 5 pm and still those days felt short. Almost 480 principals participated and we tried to make those days as co-operative as we could in auditorium and with big group. It was not a big deal for principals, Chinese people are used to operate in crowds so in our opinion they managed well.

The schools in China are huge and we recognized that most of the principal´s work is to administrate the everyday life at school. 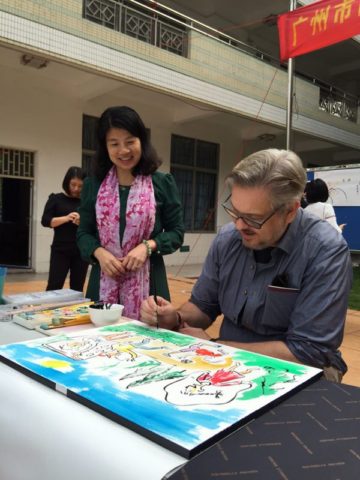 There is not so much time to develop the pedagogy or improve the leadership or coaching. The principals are still interested in their role as change agents, school developers and pedagogical leaders as well. It was nice to see how committed they are to their work even though most of them raised their hand when we asked if they feel exhausted.

After our three training days, we were invited to take part of flag rising ceremony at one of the schools in Guangzhou. There was also a task waiting for me. During lectures, I had drawn some pictures to blackboard and our host asked me, if I can draw something to their school as memory – I agreed.

When we arrived to school yard there were four desks in front of the big yard where all the kids marched. After a national hymn of The China I and three other artists sat down to our desks and started to paint. The others were calligraphy-master, principal of the school who also make calligraphy as hobby, some of the most talented pupils and among them poor me who have not painted anything for years.

The painting session last about half an hour and all this time more that thousand pupils were standing as soldiers. After finishing the paintings, it was time for hand shakings and numerous photos. It was surprising but I did it. Now my naivistic painting is maybe hanging on the wall of the school somewhere. It was a nice experience.

The whole visit to China was unforgettable mosaic of nice, smiling people, hard-working principals, warm hospitality and of course happy and cheerful pupils. 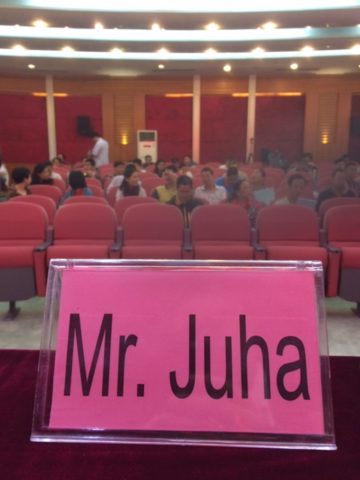 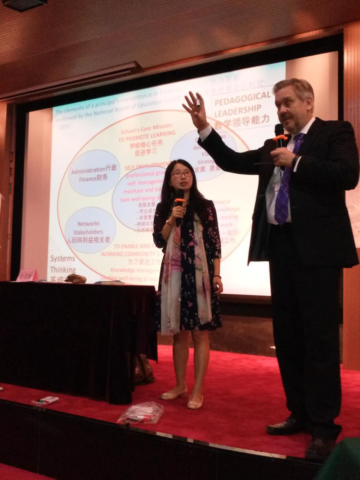