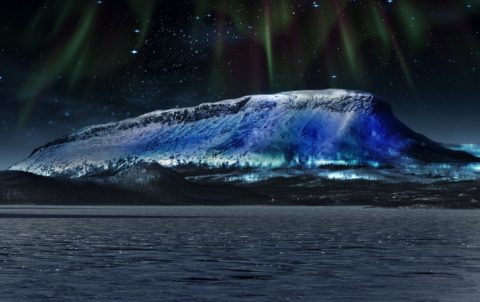 The whole world will light up in blue and white for Finland’s 100th anniversary today.

The Colosseum in Rome, Adelaide Town Hall in Australia, Christ the Redeemer in Rio de Janeiro and the Niagara Falls in Canada are among the objects donning Finland’s national colors, white and blue, on Wednesday December 6.

Luminous, a light art ensemble includes six pieces of light art which will be situated at different locations in Finland during the jubilee year of Finnish independence in 2017. The local landmarks, the diversity of nature and historical sites are to be underlined in an exceptional manner.

Yes, in Finland kids have more time to be kids, we are learning not for school – but for life and we have one of the best national education systems in the whole wide world, which we are truly proud and happy for. According to Social Progress Index 2016 The Quality of Life is the best in Finland and Human Capital Potential is number 1 (Human Capital Report 2016). As we tend to say we don´t have anything else than forest, lakes – and our brains we need to survive with for the future.

But there are many other things you might not have known about Finland?

The Telegraph published an article “18 reasons why Finland is the greatest country on Earth“.  According to the 2017 World Happiness Report, Finland is the fifth most contented nation on the planet. We highly promote gender equality and Finnish women were the first in the world fully to exercise the right to vote and to stand as a candidate in elections a hundred years ago. With this came a reform of the parliamentary system. Finland is one of the best places on earth to observe the Northern Lights. Finland is the safest country in the whole world: according to the 2018 Travel Risk Map – medical risks, security and road safety – Finland has the lowest overall threat level. And Finland also provides the most rapid Internet experience!

On Wednesday we have bank holiday as we are celebrating 100th Independence Day in Finland – greatful for it. This is something we are valuing and want next generations to be part of. We strongly believe that Peace is possible all around the world when people know each other better and come together. We are all humans and it is all in our hands. Put the planet first.